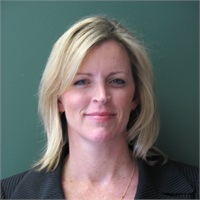 Natalie began her career in the financial industry at Donaldson, Lufkin & Jenrette in New York City in 1991 where she worked in the Equity Capital Research department. Returning to Minnesota in 1994, she worked at SIT Investments and Wessels, Arnold & Henderson now a part of Dain Rauscher and Piper Jaffray in the Wayzata branch until 2005. Natalie began working at Edward Jones then until 2012.

Natalie also is a member of the Wayzata Chamber of Commerce since 2005. She also serves as a member of the Twin West Chamber since 2015. She served as a Board member on the Gamma Omicron Beta Foundation Board from 2004-2011. She has been a member of Women Helping Women since 2010. She was also a member of Minnesota Women Entrepreneurs since 2009. Natalie is a proud recipient of the Five Star Wealth Manager Award as seen in the January issues of the Mpls. St. Paul Magazine and Twin Cities Business Journal.

Natalie lives in Plymouth with her husband, Kurt, and their three children, Chelsea, Colin, and Lynette.